Why Lambton County Is a Great Place to Live.

“When you find something you love — or some place that you love — your natural instinct is to share it with others. It’s what got me into Sarnia real estate.”

That’s how Andrew Howell one of RE/MAX’s top-ranked REALTORS® in the world, describes his origin story as Sarnia’s leader in home sales.

“For me, it was really a love story,” Andrew says. “I’ve lived my whole life in Sarnia, and maybe I’m biased, but I truly can’t imagine anywhere else I’d want to live.

“There’s just a passion for this place that I feel deep within me, and hopefully that comes through in the energy I bring to my clients every day.”

That passion carries through to all of us. We’re more than just a Sarnia real estate agency and brokerage. We’re also advocates for choosing and creating a lifestyle that takes full advantage of everything that life in Lambton County has to offer.

Below, we’d like to showcase some of those offerings, tell you more about Sarnia, and make the case for calling it home

Should you choose to buy or sell a new home in “The Imperial City” or the surrounding areas, we hope you’ll let Andrew Howell help you make it happen.

It’s our belief that we are all connected. Our passion for what we do can make a meaningful difference to your future.

About Sarnia, Ontario in Lambton County

Though its history dates back more than ten thousand years, it wasn’t until the mid-twentieth century that Sarnia became something a boomtown, its rich soil and easy access to harbours making it a major player in the steamship, energy, freight shipping, and agriculture industries.

Sarnia sits on the eastern bank of the junction between the Upper and Lower Great Lakes of North America. There, Lake Huron flows into the stately St. Clair River, which doubles as the Canada – United States Border, making Sarnia a touchpoint in U.S./Canadian commerce and an especially attractive choice for those who frequent Michigan or other parts of the Northern U.S.

But while it’s easy to make a day trip to any number of major cities in Canada or the United States, you really never need to leave Sarnia at all. With abundant arts and entertainment, fine dining, extensive shopping opportunities, endless outdoorsmanship, and robust economic commerce, Sarnia is an all-in-one city sporting the very best of a well-balanced, 21st century life.

What Makes Sarnia Such a Great Place to Live?

The Sarnia real estate market is especially strong for a city of its size. An encyclopedic analysis of the city reveals why it’s so appealing. Here are just a few of the fundamentals:

Its northern latitude and Great Lakes posture affords Sarnia a diverse year-round climate with distinct seasons that resist the extreme.

For nearly half the year, Sarnians enjoy average highs ranging from 18.3 to 21.7 degrees Celsius (64.9 to 71.1 degrees Fahrenheit). In the winter, residents feel festive breezes and celebrate crisp Christmases, all while avoiding the harshest and most extreme lows associated with some other northern-hemisphere climates. Sarnia’s higher humidity helps the city eschew the dry air that can make winters less favorable elsewhere.

Destructive weather is rare, though summer thunderstorms showcase the majesty of Mother Nature in all her glory. The city has seen relatively few tornados, natural disasters, or flood events in its history, contributing to its reputation for lakeside tranquility.

Sarnia-Lambton is home to dozens of public schools and a number of private elementary and secondary schools, including several French Catholic and independent Christian schools. Indeed, these safe, diverse, and high-quality educational opportunities have been a major force in driving newcomers to the Sarnia real estate market for years.

Sarnia is also home to more than 10,000 full-time and part-time students at Lambton College, which offers a rich variety of two-year degree programs and certification courses. It’s one of dozens of colleges, universities, and trade schools located throughout Ontario, Canada.

The famous Blue Water Bridge serves as an icon for transit in Sarnia and greater Lambton County, connecting the city and its neighboring village of Point Edward to the United States’ Port Huron. But our city’s transportation has evolved far beyond bridges. Today, it is also home to the Sarnia Chris Hadfield Airport, with regional air service that connects to Toronto Pearson International Airport, one of the world’s major hubs for air travel.

Meanwhile, Sarnia Transit provides public transportation and private charter transit by bus and shuttle. Drivers can use Sarnia’s major roadways to get where they’re going: Ontario Highway 402, U.S. I-94, U.S. I-69, the NAFTA superhighway, and beyond. Regular railway travel rounds out the city’s full-service transit options.

From local theatres and arts festivals to major concerts and an international symphony orchestra, arts and entertainment are at the heart of Sarnia-Lambton culture. The city has seen some of the biggest names in music pass through, and the annual Sarnia Bayfest is a major draw for music fans from all over Canada, Michigan, and the Great Lakes-area U.S.

Known for its festivity, Sarnia shines especially bright during the winter holidays each year. The famous “Celebration of Lights” in Centennial Park is an award-winning spectacle of national acclaim. Meanwhile, Canatara Park — the largest of more than 100 public parks in Lambton County — is home to the annual “Christmas on the Farm,” a weekend-long event popular with families in Sarnia.

Those parks contribute to Sarnians’ passion for healthy lifestyles, fitness, and outdoor recreation. From gorgeous golf courses to outdoor basketball courts and endless trails for hiking, biking, dog walking, jogging, or strolling, Sarnia is the kind of place that makes an active lifestyle effortless. In the winter, snow shoeing and cross-country skiing bring whole communities together to take advantage of new-fallen snow.

Sarnia’s not all cities, harbours, and lakes. There’s the beach, too — long, stunning stretches of fresh water and sands that make this a go-to destination for Canadian holidays. The city’s marinas make boating and sailing popular pastimes, too.

In today’s world, dependable access to high-quality health care is more important than ever. Bluewater Health hospital is a relatively new facility offering state-of-the-art medical care and nearly 200 acute-care rooms. The city also sports a favorable ratio of physician-to-resident access to care, with a wide variety of medical specialists and pediatric care doctors within reach.

Lambton Mall and Bayside Centre combine to offer nearly a hundred major retail outlets to Sarnia residents. Beyond those two large-scale shopping malls, the city offers a number of smaller shopping centres, plazas, specialty shoppes, and boutiques. Name-brand hotels and charming bed and breakfasts cater to the city’s tourist population and those visiting friends and families.

Out-of-towners and residents alike can enjoy restaurants and cafés that run the gamut from high-end to mom-and-pop and everything in between.

The Great Lakes are among the most famous landmarks in the world. They stand as a symbol of international harmony and a bellwether of natural beauty. To live on the Great Lakes is to abide in the envy of nature lovers everywhere.

When you build or buy a home in Sarnia or Point Edward, the Great Lakes become a part of your everyday landscape.

“Living near Lake Huron is something I try never to take for granted,” says Andrew Howell. “Many of my clients moved to Sarnia because of Lake Huron in one way or another. It’s a name known around the world, and yet it’s part of the local life I grew up in. That’s humbling. And it’s an honor to help others discover Great Lakes living for themselves.”

Homeowners and homebuyers alike should realize that the Sarnia-Lambton real estate market is heating up fast, with unprecedented growth in recent years. The Sarnia Observer reports that real estate sales were up 10.5% in 2019, with more than $474 million in sales during a year that set eight single-month records in Sarnia home sales, with an “all-time high” in sight for 2020.

Indeed, year-over-year sales are already up in early 2020 relative to the same months in 2019.

Andrew Howell is proud to have been one of the leaders in Sarnia home sales during 2019.

Undoubtedly, the market is heating up. We want buyers and sellers to understand that, while every situation is different, the time for you to act may be now. And it’s more important than ever that you work with an experienced Sarnia real estate agent, whether you’re buying or selling. 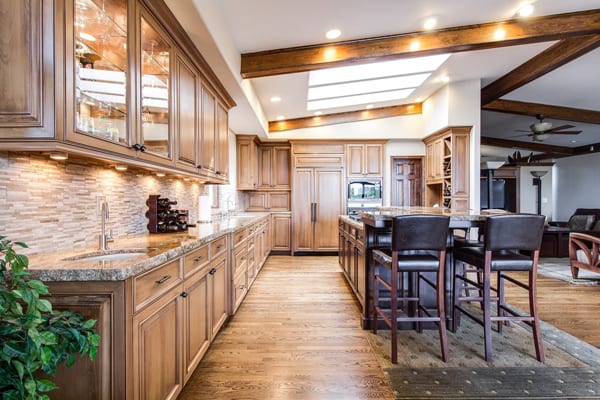 Other Nearby Lambton County Communities

When searching for a new home in Sarnia, keep this essential truth in mind: it’s a bigger and more diverse community than even many of its longtime residents realize. Sarnia can suit any type of lifestyle. Often, it’s a just a matter of finding the right neighbourhood. Andrew Howell can help.

Things to Do in Sarnia

Human happiness expert Gretchen Rubin preaches that one of the best ways to expand your horizons and make everyday life more meaningful is to “become a tourist in your own city.” As an extension of that philosophy, we encourage newcomers and locals alike to explore some of Sarnia’s most appealing points of interest. Examples include: 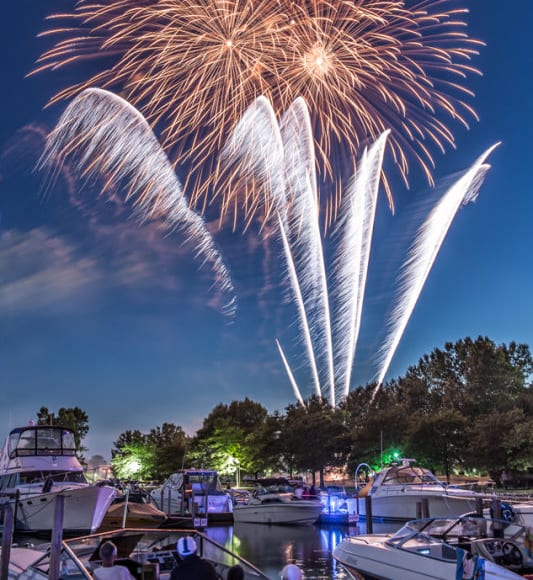 These are just a few of the endless activities that can comprise a busy, bustling, full-of-fun lifestyle in Sarnia.

How Your Sarnia REALTOR® Can Double as Your Ultimate City Guide

Andrew Howell knows Sarnia about as well as anyone. When you hire Andrew Howell as your Sarnia real estate agency, you’re also getting access to the ultimate city guide in Andrew.

Long after your transaction is done, Andrew wants you to feel comfortable calling or texting him about anything in Sarnia — from recommended service providers to ideas for filling a weekend with fun for your family.

If you’re ready to buy or sell a home in Sarnia and need a knowledgeable REALTOR® who cares about his clients, loves his community, and knows Sarnia inside and out — or even if you just want to learn more about the home buying process — give Andrew Howell a call at (519) 402-1277 today.